In 1910 five small local schools petitioned to become Horn Lake Consolidated School. A $12,000 bond was issued and the school was formed. Students were transported to and from school in wagons. The school was located in a small wood-frame building on the west of Hurt Road (then called Depot Road) just off of Goodman Road. Thirteen students attended and it was taught by Mittie Brigance. Students were John Baker, Rosa Mae Baker, Alice Ballard, Mary Bell Campbell, Hazel Campbell, Tommy Campbell, Helen Grooms, Robert Grooms, Emily Scott, Hubert Sharp, Betty Wright, Floy Wright, and one unidentified person. This one-room school ended in 1916.

In 1916 the school moved to a frame building located on the present "Intermediate School" property on Center Street. During 1917 and 1918 a large brick building went up. But, on December 28, 1920 that facility burned and all school property was destroyed in the fire. 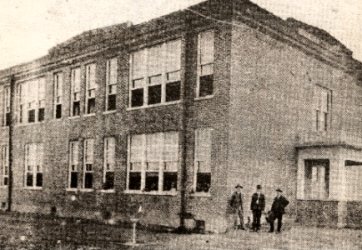 1921 saw another two-story brick structure replace the one that burned. Principal F. C. Graham and Mrs. Graham moved into the "teacherage". A total of 123 students were enrolled. This building is the one that many remember as being the home of the first through the sixth grades and the cafeteria (among other things). It was severely damaged, (basically destroyed) by the tornado of 1973.

In 1930, with a bond issue of $ 40, 000, the "new" high school, with the ONLY gymnasium in De Soto County, was built under the influence and leadership of Mr. W. F. Turman, Principal. This building is in use today as the "Intermediate School". Still standing with it are the beautiful and familiar arches which connected the high school and the elementary buildings.

1959 saw the construction of a larger, much needed gymnasium and a Junior High building. In 1962 a modern cafeteria and a band hall were added to the campus. Also, during the 1960's an all-weather track was installed and a better stadium facility was added. With the provision of a two-family principal's home and a rental home, the school entered the 1970's era of significant population growth.

By the middle 1970's population growth dictated the need for a new high school. During 1976 and 1977 a new facility was built on the corner of Nail and Hurt Roads, with classes beginning there in March 1977. That campus consists of a two-story building, band hall, the Jimmy Johnston Gymnasium, the Harry Rasco Memorial Stadium, the Albert Owen field, a baseball field, and a girl's softball field. The enrollment for the 1999-2000 school year was approximately 1400. This facility now houses the Horn Lake Junior High school. 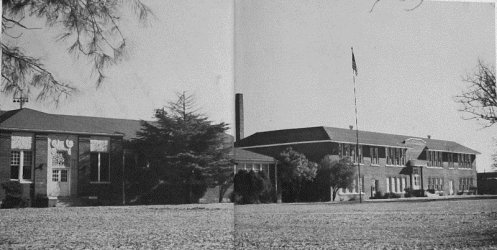 With a ribbon-cutting ceremony on August 10, 2006, the latest "new" Horn Lake High School was officially opened. It is located on 80 acres at 3360 Church Road. It is an outstanding facility, both in structure and in the academic achievements which are attained there. We, the alumni of Horn Lake High School, have been in the journey from Center Street to Church Road. We are the better for it and are very proud of it.